Wake up to the best of the contemporary Bollywood tracks in this morning special back to back music compilation.

Boom Box is all about the foot-tapping, dance tracks, playing the very best of the club hits to be released out of Bollywood.

Songs which have topped the charts & ruled your hearts, the biggest hits of the recent times.

The hottest Hindi chartbusters of the season! 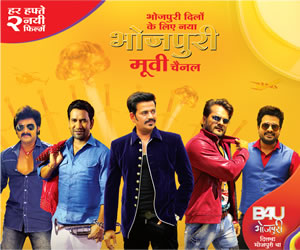